This is not, in any way, close to what I thought my Oxford experience would be. (I bet 2020 and the beginning of 2021 is not what you thought they would be either.) I had hoped to travel across Europe, North Africa, and the Middle East with my laptop staying connected to classroom and college; I had hoped to celebrate and explore Oxford with dozens of new friends and scholars at the college during halls, dinners, and crowded events; I had hoped to dine and drink in London, stay in castles, see my ancestral Ireland, go hunting on a Scottish estate, see the sphinx, and get lost in dozens of museums; and I had hoped that I would be in classrooms with like-minded students learning and attending concerts and seminars in sub fusc. Sadly, these hopes are fading in the ether of our global pandemic.

The holidays were lonely, but productive. I, thanks to a handful of brilliant and supportive professors, friends, mentors, and advisers, managed to complete my PhD applications for the 2021 school year, draft a solid research proposal, and finalize my end of term essay. Despite the darkness and unknown, I continue to focus on my load-star: to not just wake up every day and find things to smile about, but to graduate with a Master’s Degree in History from Oxford University’s St. Cross College. I read a pile of books on US history, the presidency, and early America over break, have manged to quiet my mind and clean out the baggage of the past, and feel, for the first time in this chrysalis of a pandemic, that I am finally on my way.

This is the hardest and clearest time of my life. (For those of you who know my story, that is saying something, because I’ve been blessed in my short life with a mountain of equally amazing, challenging, undefined, and terrifying life experiences.) This break, class starts next week, has allowed me to spend more time with myself then I have ever spent with me before. I thank god for Zoom, Teams, and Facebook video, my lifeline to those I love and miss so very much. My days, like yours, are simple and distilled to only the important and necessary things that make life, life. For me, despite a pandemic and not being able to leave my flat for more than an hour a day, an attempted coup in Washington D.C., distance and lonesomeness, a challenging academic program, and a world that seems to be so different than I thought possible; continue to be awed by the streets I walk, warmed by those I love, inspired by the stories on the faces of my fellow Oxfordians, and remain focused on that small basement office, at a yet to be reveled university, with Prof. Cameron L. Kline listed on the door.

Port Meadow is one of the largest meadows in the area, and it is stunning. I grabbed these facts about it from www.oxford.gov.uk:

One other interesting thing about the meadow is that it is inhabited by wild horses. They are tame and just seem to be hanging out living their best horse-life.

According to www.oxfordhistory.org.uk, the Martyrs’ Memorial is made of magnesium limestone, designed by Sir George Gilbert Scott, and completed in 1843.  It stands across from St. Cross College on the South end of St. Giles St., and has made a few appearances in my previous blogs. It is a great spot to relax, and was erected to commemorate the 1555 burning at the stake of three Protestant martyrs.

The location of their death is a few hundred yards around the corner from the monument on Broad St. — yes, my fellow Philadelphians, Oxford has a Broad St. — and is marked by this cobblestone cross. When the three were martyred, this spot, which is now on a busy street down from the Sheldonian Theater and near St. Giles Church, was a ditch outside the city’s North gate.

The Things Cameron Has Seen Walking Around

This is a peek inside one of All Souls College‘s courtyards.

I continue to find new treats at the Tesco Market, that is a grocery store for you Yanks. On the next cold day, I’ll give these a try and then report back.

Also from the Tesco Market, I bought this bread and can happily report that it does not contain any giraffes. It get its name from the marbled crust that has a giraffe-esk pattern. By the way, can you eat giraffe? And if so, has anyone tried one?

This is my attempt at being a bit more environmentally aware. I read that plastic toothbrushes are not biodegradable and EVERY toothbrush I have ever used is currently sitting in a landfill. So, I’ll give this environmentally friendly toothbrush a try tonight.

St. Cross College does not use plastic cutlery for our takeaway lunches. As background, the college hall is closed for seated dinners and lunches because of CARONA restrictions. I think these wooden tools are kind of cute, and have to give the college kitchen team, porters, staff, and administration a HUGE gold star for doing all they can to keep us safe and supported during these challenging times.

For a variety of reasons, I moved flats, and now have a new view. This was taken in the morning, as the sun was rising, around 0730 hrs.

I have the happiest hoover, that is a vacuum for you Yanks, in my flat. I chuckle every time I see it and think we should name it. So, post your suggestions in the comments section and I’ll pick one in the coming days.

This is a large umbrella is holding a silent vigil at a pub, that is now closed because of CARONA restrictions, down the street from me. I can’t help but wonder how long that moss and mold been growing there? Two years? Four years?

I realized that I had not posted the ubiquitous, red phone box. So, here we go. I read that many of the boxes are being removed or repurposed. One new use, which I think is lovely, is to make them mini-libraries where people can drop off or pick up books for free. If you want to learn more about the creator click here to learn more about Sir Giles Gilbert Scott.

Despite the CARONA pandemic, there was a fairly large film crew here this week. I tried to hang around for the actual filming but never managed to see what was being filmed. This was part of the staging right around the corner from the Radcliff Camera, a.k.a. RadCam.

I have no idea who did this but they deserve an award for guerilla desecration. As you can see, it is a small, model-sized door that was glued onto a wall on Queen’s Lane. It is utterly nondescript and completely brilliant. When I first saw it, I had to stop in front of it to do a triple-take. And, if you want to know, I did try to open it, but it seems to be locked.

About the Author: Cameron Kline 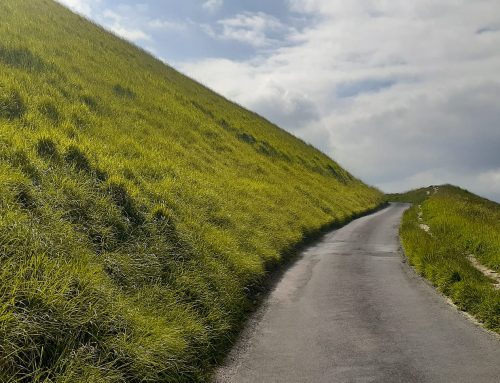 How Can it be Time to Say Goodbye? Gallery

How Can it be Time to Say Goodbye? 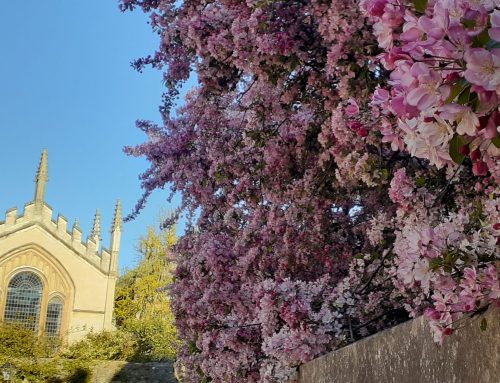 I’m Dreaming About My Dream Gallery

I’m Dreaming About My Dream 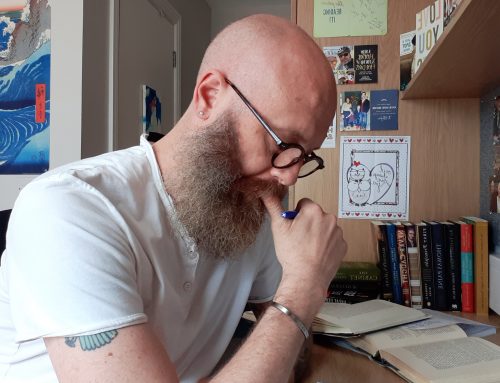 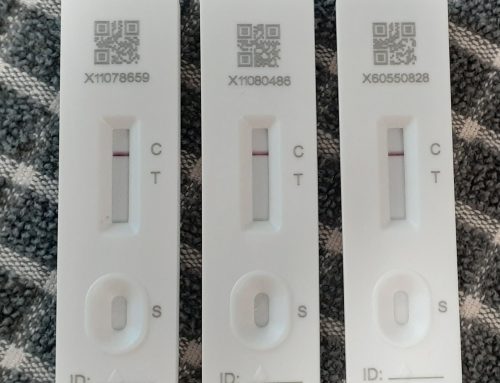 As The Jabs Go In, We’ll Crack On Gallery

As The Jabs Go In, We’ll Crack On